Excel Broadcast is a telecommunications company headquartered in Texarkana Arkansas, 71854 that sells everything from television service, cable, internet, to Amazon Fire sticks. Excel Broadcast approached us to see if we could make an app for one of the online television’s services, which consisted of live streaming and on demand videos, series, and movies. Once we accepted the project, we began creating an app that would allow live streaming, on demand videos (which included movies and series), and categories to organize all of the live channels and on demand series and movies. We began with an APK version, a version that is required by Google Play Store, Android, and Amazon devices, and made the App for iPhone’s, iPad’s, and every iOS device next. We are proud to say we did, and we made it well. If you are interested in getting internet or steaming television which consists of cable and on demand movies and shows you can visit them at https://excelbroadcast.com or just click the link or button on the right that says visit site.

Once we made Excel Broadcast’s APP they asked us if we would make them a new website to match their brand new app, create and manage a SEO plan that would attract them more website visits and customers, and make an online web player so people could watch their services directly from the internet.

We started with the Excel Broadcast Website which included Pages for information, affiliate tracking, and an Ecommerce site for subscription and products they offer. We built this website with SEO in mind and made sure it followed all of Google’s Web Master best practices to ensure it would not get any violation penalties from google and appear as high as possible in the search Results.

Once this was completed we began on their next project, an online web player with the capability to play live television, on demand movies and series, and the ability for customers to sign up for a subscription directly from their web player which can be found at https://watch.excelbroadcast.com. This was a huge undertaking that we are incredibly proud of and is still an ongoing project.

If you are interested in getting any service from Excel Broadcast, they are a great alternative to Cable and other entertainment and offer a great price for all of their services and we highly recommend them. Just check out their website or contact directly at [email protected] 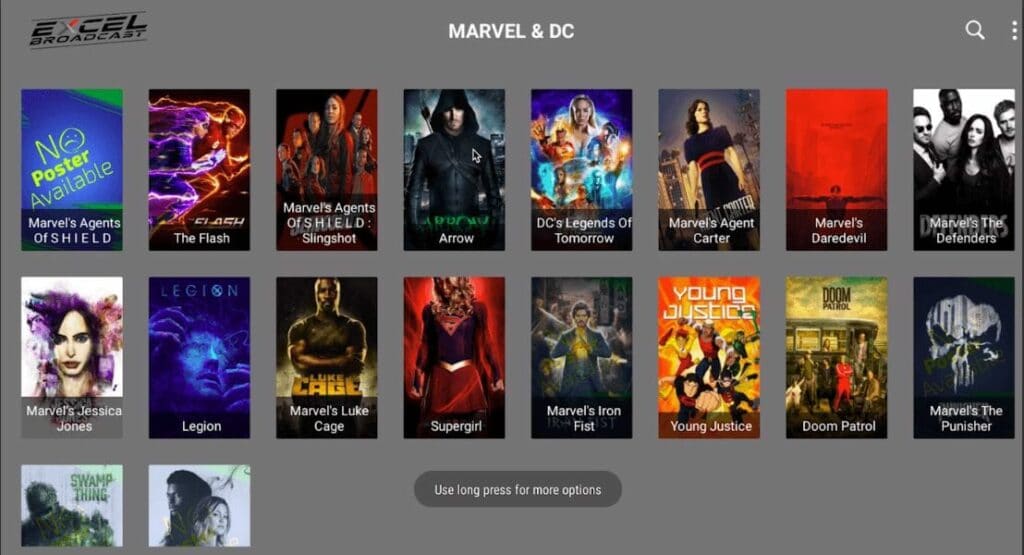